The Saints lost half of their passing game production from 2014.

Jimmy Graham, Kenny Stills, Pierre Thomas, and Travaris Cadet accounted for 51% of the team’s receptions and 52% of passing yards last season, in addition to fifteen of Brees’s 33 touchdowns.

For a team dependent on its offense, and an offense centered on its passing game, there’s a gaping hole to fill in 2015. Who’s gonna do it? Among Brandon Coleman, CJ Spiller, and the combination of Ben Watson/Josh Hill, it’s tough to tell if the Saints have adequately addressed this need.

Coleman, for all of his potential, is unproven. CJ Spiller just had knee surgery. Ben Watson is kinda old. Josh Hill might be the most reliable of this group right now.

On the fringes, Joe Morgan and Seantavius Jones have had quiet preseasons to date. Nick Toon is destined for the dust bin. Maybe the favorably-named Willie Snead can do things?

Either way, the Saints’ passing game needs more than an aging Marques Colston and a rising Brandin Cooks. Identifying and developing productive complements is the second biggest issue facing the Saints’ offense. The ball isn’t gonna catch itself.

None of this matters, of course, if the Saints offensive line isn’t up to the task. That’s priority number one. As in every year of the Sean Payton era, the offensive line is the most essential piece of the puzzle. Thus far it looks … pretty ok.

The concern is at left guard. Tim Lelito. Camp reports on Lelito have been nondescript, neutral at best. If Lelito can’t get it done, maybe Andrus Peat is an option here? The good news is that the spot between Armstead and Unger is probably the least critical position along the line. The bad news is that the offensive line doesn’t have much depth.

With respect to a defense that can’t be counted on, and a set of offensive skill players that might struggle towards mediocrity, the 2015 Saints will go as far as their offensive line takes them.

On defense, who the hell knows what’s going on.

With all the objectivity I can muster, I think there’s a decent amount of talent on the defense. Rookie Stephone Anthony looks as composed, smart, and talented as Jonathan Vilma was.

In another promising development, Stan Baptiste has made significant strides since a lost rookie season. A strong performance in the first preseason game, and solid returns from practice sessions, offer hope from the 2014 second-rounder that many have written off as a bust. Equally encouraging, he's inherited Pierre Thomas's Jordan-inspired #23.

Still, there are plenty of concerns on defense.

Like last year, the entire secondary is injured. Or, at least all of the starters are: Keenan Lewis, Brandon Browner, Kenny Vaccaro, and Jairus “cadaver” Byrd. Hell, even everyone’s new folk hero in Delvin Breaux is banged up. When is this shit gonna end?

Will Vinnie Sunseri and Rafael Bush have to go it alone?

If that’s not enough, Akiem Hicks is now nursing an injury. Not only is Hicks a big, bad motherfucker embarking on a contract year, he’s the best player on a defensive line desperate for talent. Hell, desperate for bodies.

At least they had the foresight to retain Tyrunn Walker. Oh, wait, shit.

Run this through the Sean Payton Injury Translator (SPIT™) and it probably means Hicks has a ruptured spleen.

Complicating matters is that the Saints are currently paying this jagoff tens of millions of dollars* to play for another team: 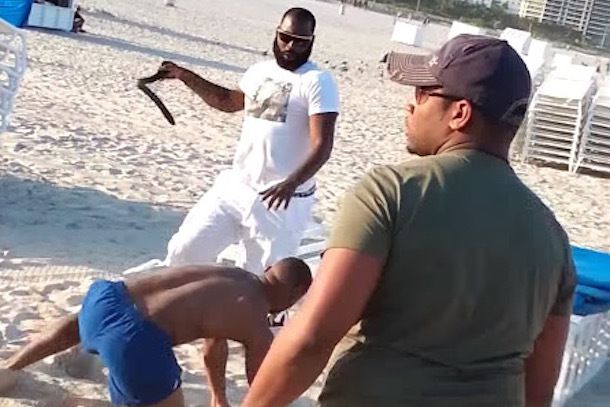 On top of this, as in 2012 and 2014, there seems to be plenty of confusion and disorganization among the defensive coaches and players. Do we even know who’s calling the shots on defense? Rob Ryan? Dennis Allen? Sean Payton? This is shaping up to be as bad an idea as an interim-interim head coach. What could possibly go wrong? 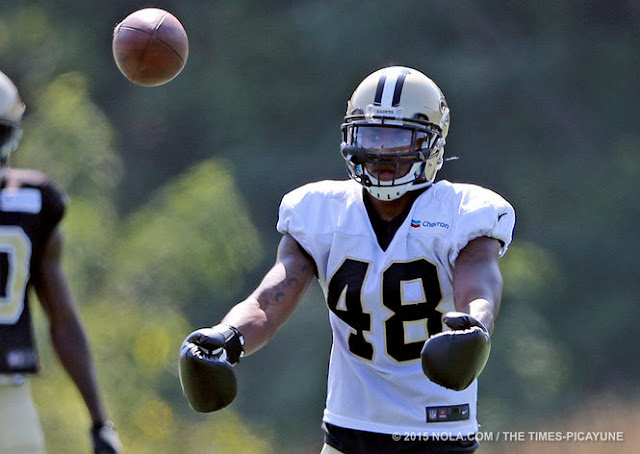 Who the hell is coaching these guys? 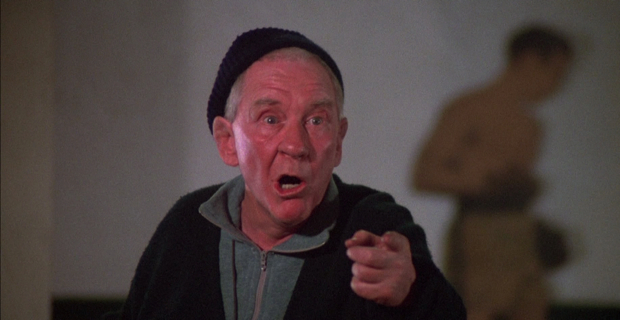 Really though, it’ll all be okay, because this is 2006 Redux. Or something.

Here’s a quote from Brees:

“You almost have to kind of rewind, start back over, like in ’06 where we’re coming and it’s a clean slate, start fresh, everybody has something to prove and we’re here to compete, we’re here to grind, and don’t take anything for granted.”

Then there’s this from Loomis:

“That was a theme that we talked about early on: getting back to some of those values and some of the processes we had in 2006, treating ourselves like we are starting fresh and new.”

Saints’ fans have pounced on and run with this comparison, optimistic as it is.

I don’t see many similarities other than two teams not expected to contend for a title during their respective preseasons. If not downright crazy, it’s a bit premature to start drawing comparisons between the 2015 Saints and one of the most iconic teams in franchise history. Slow down.

Didn’t we learn our lesson after all of the typical idiocy during the 2014 preseason?

I guess it isn’t intended as a direct comparison, but cherry-picking favorable similarities is a fast track to massive disappointment. This is more a criticism of fan sentiment than it is of the team’s philosophy, but finding a Payton-era doppelganger for the 2015 team is impossible.

The Saints had it all fall into place. A legendary draft class. A franchise icon still near his peak (Deuce). The two best wide receivers in franchise history. An endless supply of will, toughness, heart, soul, and earth-rattling momentum in the form of Steve Gleason. A motivated-at-his-peak Drew Brees looking to prove the world wrong (thanks, Nick!). Ultimate team-first guys like Fujita, Stinchcomb, Will Smith, Devery, Carney, et al. A young, highly-talented offense. A coach poised to revolutionize the modern NFL passing attack. A favorable schedule. A playoff bye at 10-6.

Will the 2015 Saints have most of those things? Perhaps, but probably not.

2015 is uncharted territory for an era that might be irrevocably crumbling, a fate both unfortunate and inevitable.

Ok, it’s not all negativity and sarcasm.

You want some optimism? Nobody knows anything. That should be painfully clear after last season.

Other than Roger Goodell stepping in a pile of shit every year, there are few constants in the NFL. Terrible divisions suddenly become dominant. Future Hall of Famers suddenly lose it. An obscure grocery clerk toiling away in Nowhere, USA leads his perennially-underachieving team to a Super Bowl victory. A dude with a shoulder wrecked beyond all measure becomes one of the NFL’s best quarterbacks of all time.

The beauty of now is that anything is in play.

Maybe it really is all random.

But most important, it will be fun.

(At least until the Saints crash and burn and lose five consecutive home games to end the season, amirite?)