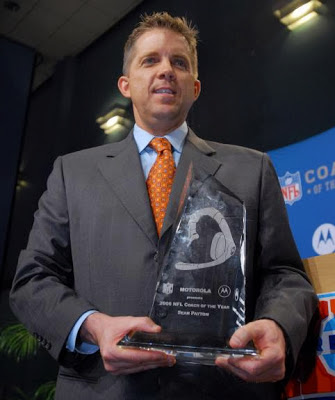 Sean Payton's legacy as a head coach in New Orleans seems rather open-ended these days.

Had Payton not spent 2012 in exile, this probably wouldn't be the case. But momentous events alter realities, and so here we are.

By the end of the 2011 season, Payton's narrative as Saints' head coach was mostly established.

He had immediately transformed the franchise in 2006; built and refined the league's best, most progressive offense year over year; won a Super Bowl in 2009; and presided over the greatest offense in NFL history in 2011.

By the end of that season, it seemed inevitable Payton would eventually add another championship to his list of accomplishments, and fortify his coaching legend.

But then 2012 happened. For better or for worse--of which we're not sure yet--that changed everything for Payton, professionally-speaking.

Now, the resumption of his journey will redefine Payton's career arc. Whereas at the end of 2011, it seemed likely that Payton would meander traditionally through his remaining years in New Orleans--collecting a few more postseason appearances, winning another Super Bowl, etc.--it now feels like his second act as Saints' coach will equally define his career in New Orleans, just as the first six seasons did.

2012 forked Payton's road. Where will he go from here?

The early returns from 2013 have revealed a decided change and, perhaps, a turn towards convention.

The "Payton as risk taker"/"Payton as unconventional" trope is well-established and even glossed over at this point. It's assumed. And while that characterization is mostly taken for granted, it bears quickly reviewing just how that defining persona took shape.

Of all of Payton's risky, unconventional decisions, the choice to take the head coaching job in New Orleans in 2006 was certainly the most risky and the least conventional. To top it off, he settled on signing a quarterback who, at the time, wasn't certain to regain his ability to even throw a football. We all know about "Ambush," which anecdotally serves to express the characterization, but that was more of a prized end result than it was a defining foundation. The groundwork was laid many years prior.

Now, the question lingers: will Payton maintain his unconventional, gambling style? Or will he morph into something new?

Away from football recently, Payton has assumed some rather traditional roles in his personal life. He got braces and a twitter account. He embraced CrossFit, a fad-ish fitness program. These are decidedly normal activities and are, to me at least, contrary to my preconceived notions of Sean Payton. It's not just bongos and concerts and Bud Lights anymore. It feels like a process of normalizing, or balancing.

Lance Moore recently said "[Payton] definitely seems happier than we've ever seen him. That time off definitely gave him a chance to reflect and realize how much he needs this game, how much he misses this game."

One wonders how the positive changes in Payton's personal life will reflect on the field in 2013.

There's not much of a historical, NFL-specific precedent for Payton's predicament, but the person I kept coming back to when thinking about Payton's return was ... 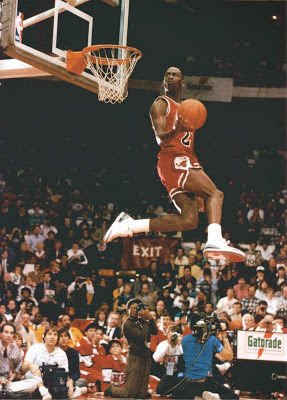 Like Jordan after the 1993 NBA season, Payton in 2011 departed the NFL at the (then) height of his powers. This is undeniable. Where Jordan was basketball's best player, Payton was perhaps the NFL's best coach and, at least, its best offensive brain.

By the end of the 1993 NBA season, Jordan was fresh off of three consecutive NBA championships and seven (!) straight scoring titles. And then he was suddenly gone for awhile.

After the end of the 2011 NFL season, Payton had delivered two NFC championship appearances; a Super Bowl title; and the greatest seasonal offensive performance in NFL history.

As a playcaller, motivator, talent evaluator, and offensive architect, Payton was peaking by 2011.

Just by reviewing his offense's benchmarks over a six-year period, one can see Payton's ascent to said peak:


The four-year stretch from '08 - '11 drives home the point. In 2011, the Saints under Payton, with extreme prejudice, eviscerated the league's single-season yardage mark, while recording the fifth-highest seasonal point total in league history. All of this, mind you, in a season when Payton was hobbled for several weeks and unable to operate at full capacity for the entire season.

But when 2012 happened, it blew a hole in Payton's path and halted his progress.

Jordan left basketball in '93, his legend and legacy seemingly wholly scripted. But it wasn't. When Jordan inevitably returned in full in 1995, he set upon a course that cemented him as the greatest basketball player of all time. What propelled Jordan to the actualized heights of unrivaled greatness was the sudden, thunderous reestablishment of his dominance, and the frightening evolution of his already hegemonic skill. He then led the Bulls to two of the three most-winning seasons in NBA history, removed any doubts as to the primacy of his talents, and built upon an already legendary career.

This couldn't have happened without Jordan's sabbatical, and now Sean Payton finds himself similarly situated, with an opportunity to likewise elevate a legacy that once seemed all but defined.

Where Payton is still now considered the NFL's preeminent offensive mind, he has a chance in his newly-livened state to redefine himself as better than before. That is a scary, hopeful thought.

The absence, the reflection, the self-improvement, the engulfing motivation, and the burning rage to have the last word, to author that final chapter for himself, may serve to build a defining greatness on top of an already-established foundation of high achievement.

This second chapter of Payton's career as Saints' head coach is going to be one hell of a fucking ride.

In an odd twist, Bountygate might ultimately redefine Sean Payton's legacy for the better.