Now that Kenny Vaccaro is in the fold for 2013, how does that affect the Saints' secondary as it's presently constituted? 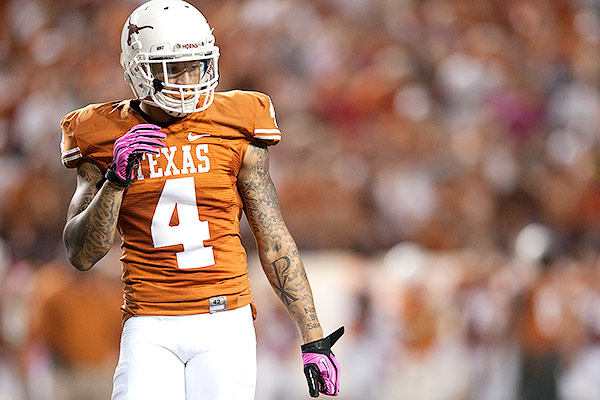 Sean Payton lauded Vaccaro for his versatility, and indicated that Vaccaro has the potential to play both safety positions as well as the nickel cornerback. This is what Payton said about Vaccaro's role in his post-draft press conference:


One of the things that is attractive about this player is that ... he’s got that versatility to play not only safety, but to play down over the slot. ... I think he’s versatile enough to play either one of the safety positions and certainly a guy that can handle some of the nickel.

Though Vaccaro is technically listed as a free safety--Malcolm Jenkins' position--it appears that Vaccaro's role in New Orleans won't necessarily be limited to one positional assignment. Conventional wisdom seems to have been that, once the Saints drafted Vaccaro, Roman Harper would be on his way out of town.

But the fact that Vaccaro hasn't strictly been a strong safety, combined with the Saints guaranteeing $2.6 million of Harper's $5.25 million contract this season, indicates that Vaccaro wasn't specifically drafted to replace Roman Harper. In fact, Harper may stick around for another season.

In his post-draft press conference, Sean Payton mentioned that the Saints would have "competition at both safety spots." This, to me, signals that Jenkins is equally likely to be replaced by Kenny Vaccaro. Further bolstering this interpretation, Larry Holder reported that, prior to the draft,"Payton told Jenkins that Vaccaro could be an option for the Saints."

If Payton didn't feel that Vaccaro was a threat to Jenkins' job security--at least at the free safety spot--why would he proactively seek out Jenkins and discuss with him the possibility of drafting Vaccaro? Moreover, in none of his post-draft comments has Payton indicated that Jenkins will be the team's free safety this season.

Yesterday, during an interview on Sirius XM's "Moving the Chains," Mickey Loomis mentioned that, on passing downs, the Saints will likely move Malcolm Jenkins to the nickel cornerback position.

What this all means to me is that the Malcolm Jenkins-at-free-safety experiment is over.

If the Saints intend on playing Jenkins in the nickel on "passing downs," then the likelihood is that he won't be playing free safety all that much. The nickel cornerback slot is essentially a full-time role in today's pass-heavy NFL, and a role that Jenkins manned well during his rookie campaign in 2009. It seems to me that, as long as Vaccaro develops and performs in a manner that the Saints expect him to, he's here to replace Jenkins.

Further consider that in Jenkins' last 30 games as a free safety, he has just one interception and one forced fumble. Playing in 400 fewer defensive snaps than Jenkins did last season, the Saints' backup free safety Isa Abdul-Quddus intercepted two passes and, to me, showed more promise than Jenkins has over the course of three full seasons at the position.

This all leads me to believe that we're likely to see IAQ and Vaccaro handle the safety positions in passing situations, with Jenkins playing the nickel. In rush defense situations, we might be more likely to see Jenkins at the traditional free safety spot with Harper and/or Vaccaro near the line of scrimmage or in the box.

Mostly, I'd guess that the days of Roman Harper logging significant snaps and Malcolm Jenkins manning the free safety position are essentially over. With the development of IAQ and the drafting of Kenny Vaccaro, the Saints are set to remake a safety position that Pro Football Focus graded as the worst in football--by a wide margin--last season.

If Vaccaro is who the Saints think he is, then the Saints' defense is already on the mend.
Posted by RNG at 8:20 AM