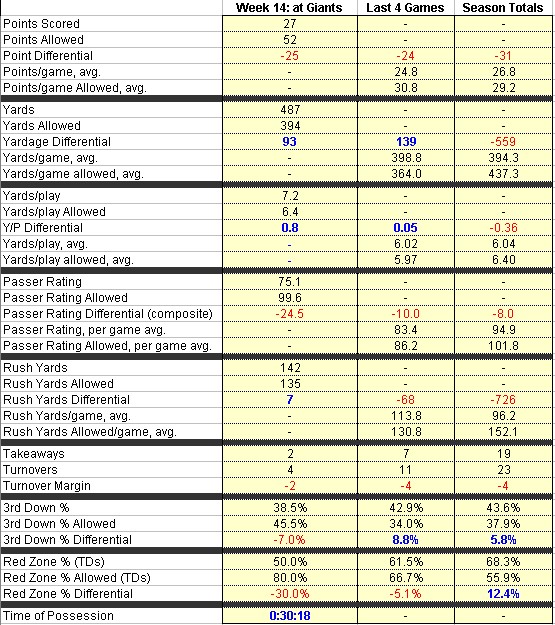 They tried, but they failed.

The 2012 Saints are a brittle shell of their former dominant selves, and no amount of acting can any longer convince anyone that recapturing a past glory is in any way conceivable. At least not at present.

The party is officially over. The question now is: for how long?

For a large part of this year, they--and we--staged a performance, gauzy and unconvincing, in which rationalization played the lead role. There was the veteran locker room and battle-tested coaching staff. The historically-great offense. The quarterback foremost among his peers, gifted on the field and governing off of it. There was the league's most sought after defensive coordinator, infusing the team with a new scheme and a new hope. There were assistant coaches on the brink of their own stardom.

Relapsing into glories was an inevitability. Until it wasn't.

In the end it was all bluster and histrionics, fanfare and delusion.

Without Sean Payton, those foundations were of little consequence and the 2012 Saints sans Payton have been impostors.

After all that's happened, it's hard to fault them. But either way, it is the bare truth.

It's both easy and reassuring to assume that if Payton returns to New Orleans, it will be business as usual next year and a restoration of order will be soon underway.

But is that really the truth?

Making that assumption right now seems disingenuous and does a disservice to the evidence 2012 has offered us: a lack of consistent preparation; an incapacity for in-game adjustments; a perplexing deployment of offensive weapons; aging skill; the fatal rash of turnovers; a bewildering inability to catch the ball; and an overall failure to play a complete game in all three phases through 13 games.

Is all of that solely attributable to Payton's absence? Or is something more involved, a confluence of events conspiring to sink the Saints back to mediocrity?

Has the roster aged past efficiency? Are they less talented than many of us have assumed? Did Payton alone coax from them a level of performance they're incapable of attaining without him?

Can one person--Payton--be the panacea that cures the omnipresent ills of this season?

During the course of this season Drew Brees has morphed into an aberrant persona, timid and desperate and panicked and myopic. His trademarked assertive, gambling ways--throwing back shoulder, passing into tight windows, challenging multiple coverage, refusing to quit on plays--now reek of an obstinate, doomed recklessness.

Where these traits were once the natural byproduct of confidence and opportunity that led to the team's ascension, they now too often look like fatal reliance on an untrustworthy skill. The failure by Brees to recognize this--that assuming mammoth risk in situations that are incongruous to positive outcome--is perhaps the most mystifying development of all this season.

I guess one should never underestimate the power of denial.

Without Payton, Brees has been more scattershot and less precise, more damningly chaotic and less reassuringly composed. We're getting to the point where brushing off these performances as anomaly becomes more and more difficult.

Brees has three games to restore some faith.

Falling in line with Brees' shortcomings this year is the disappointing, and vexing, third season for Jimmy Graham.

I'm far from an authority on what's caused Graham to noticeably, instead of naturally, regress from the lofty heights of his 2011 campaign, but my best guess is that he's distracted and unfocused. Many times this season I've had the feeling that Graham's mind is less than centered on the task at hand. Maybe I'm wrong, but that's what I see.

Nowhere is Payton's absence more clearly illustrated than in the Jimmy Graham of 2012 vs. the Graham of 2011. Where Graham in 2011 was efficient, aggressive, and imposing, the Graham of 2012 has been inconsistent and modest, prone to stretches of mindless error and shrinking presence.

This might also be partly attributable to scheme and gameplanning, but Graham--like his team--has mostly come up short this season. What's fair to realize is that this is the first time in three seasons Jimmy Graham has invited criticism for his play on the field.

In 2010 he was wide-eyed and green, but steadily improving and impactful. Then in 2011 he arrived with a gusting ferocity--uncoverable, terrorizing, spectacular. And now in 2012 he's encountered an inevitable dose of professional adversity as his performance recedes.

What's crucial is how Graham responds over the next three weeks. Will he end the season on a high note before negotiating a new contract in the offseason? Or will he meekly whimper away, letting his 2012 season cast doubt upon what he so convincingly achieved in 2011?

I feel highly certain it's the former, but it will be reassuring to see it happen.

With three weeks left, and the Saints out of contention, it will be noteworthy to see who plays for pride and who goes through the motions.

This Saints' roster is in transition, and we'll receive some clues over the next three games of who will and won't be back in 2013.

As for the Saints' prospects in 2013 and beyond?

The answers are unclear beyond rote speculation, but one thing is certain: absent Sean Payton in 2013, the Saints' lackluster results in 2012 might be less fleeting and more defining than any of us cares to accept.
Posted by RNG at 9:27 AM