Chasing the Ghosts of BountyGate 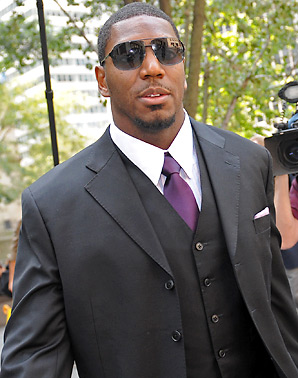 On Tuesday, Paul Tagliabue inched BountyGate toward its conclusion and provided a worthy context for the events in question.

Tagliabue exonerated the players--vacating their suspensions completely--while at the same time indicting Saints' coaches and the organization for their roles in the farce that is BountyGate.

When you parse the specifics, Tagliabue accused Saints' coaches of administering a pay-for-performance program and one (only one) "alleged bounty," sharply contrasting with Roger Goodell's initial portrayal of an institutionalized pay-to-injure program that routinely targeted opponents for injury.

What it boils down to is Saints' coaches being punished for administering a program largely in theory, not for anything that ever happened on the field. Supporting this assertion, Tagliabue stated "none of the discipline of any player here relates to on-field conduct."

It's a crystal-clear admission that whatever transpired in the locker room for motivational purposes never morphed into malice on the field. This is at the heart of the NFL's misguided quest to use the Saints as a public exhibit--a symbolic pelt--in their transparent, hollow campaign to champion player safety and insulate themselves from future litigation.

By Tagliabue's logic the players are innocent of any on-field transgressions while the coaches are guilty of administering a purportedly malicious program, one that no player ever implemented to the detriment of any opponent's wellbeing for three seasons.

The logic behind this--that the coaches established a program, yet the players never executed it in a manner that would invite discipline--is illustrative of the flimsy foundation that the BountyGate accusations have always rested upon.

What's more is that Tagliabue assented to a league-wide culture that has fostered the "acceptance of pay-for-performance reward programs," one in New Orleans that he said--via its evidence--supports the "realities of NFL team workplaces." More damning to Goodell's and the league's initial allegations is this precedent for handling pay-for-performance programs that reward clean, legal hits:

"[T]he League has not previously suspended or fined players for some of the activities in which these players participated and has in the recent past imposed only minimal fines on NFL Clubs - - not players - - of a mere $25,000 or less."


Tagliabue is specifically referring to similar programs run in Green Bay and New England in 2007 and 2008 (pg. 17) where the clubs were fined only $25,000. Reflecting Goodell's bias and overreach, Tagliabue asserted that the disparity in sanctions "raises significant issues regarding inconsistent treatment between players and teams."

In this context, the truly egregious and unjust punishments from Roger Goodell are more apparent than ever before. Even his predecessor admits it.

Further, Tagliabue explained that the NFL rules regarding entrenched pay-for-performance systems--which he examined in History of Performance Pools in the NFL (pg. 14)--are not "fully articulated" and that they lack a "concrete set of guidelines or prohibitions."

It's a reflection of the nebulous nature of 1.) the league's position on and 2.) what comprises said programs, and sheds a light on the coaches' denials; perhaps what Goodell accused the coaches of administering (pay-to-injure) wasn't in fact being administered, hence the presumed obfuscation.

No matter, Tagliabue espoused a belief that this program went awry in New Orleans, calling it "deeply misguided." When you consider that no discipline was levied for on-field misconduct, this statement reeks of hyperbole and may be included solely for the benefit of protecting Roger Goodell against further litigation.

Aside from one alleged bounty on Brett Favre, the evidence supporting a "deeply misguided" program is bare and, perhaps, nonexistent. As for the Favre bounty that the NFL was never capable of proving existed, Tagliabue said:

"Adding to the complexity, there is little evidence of the tone of any talk about a bounty before the Vikings game. Was any bounty pledged serious? Was it inspirational only? Was it typical 'trash talk' that occurs regularly before and during games? The parties presented no clear answers. No witness could confirm whether Vilma had any money in his hands as he spoke; no evidence was presented that $10,000 was available to him for purposes of paying a bounty or otherwise. There was no evidence that Vilma or anyone else paid any money to any player for any bounty-related hit on an opposing player in the Vikings game."


No clear answers. No evidence. 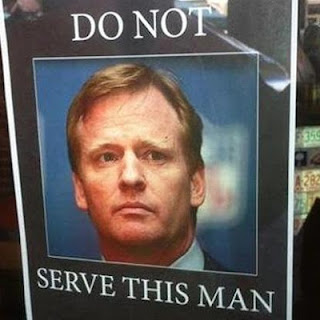 Anthony Hargrove's suspension Tagliabue called "unprecedented and unwarranted." Though Goodell punished Hargrove for making false statements to investigators, Tagliabue said "it remains unclear what exactly Hargrove was asked by investigators regarding the Program."

Goodell suspended Hargrove for lying, but wasn't sure what Hargrove had been asked. Doesn't the accuser require knowledge of the question before he can determine if the accused's answer is a lie? Right, Mary Jo White?

Who's the liar here?

Of Scott Fujita, Tagliabue called his non-participation in the Saints' program "undisputed," a judgment that may powerfully bolster another future lawsuit versus Goodell.

Tagliabue called Goodell's punishment of Will Smith "inappropriate when most or all of the Saints’ defensive unit committed the same or similar acts as those underpinning the discipline of Smith." Those acts? Participating in a pay-for-performance program that even Tagliabue conceded "the league has tolerated."

Ultimately, Tagliabue fairly and correctly exonerated the players while assigning blame--tenuous as it may be--to the Saints' coaches in order to prevent Goodell from being exposed to the full brunt of Jonathan Vilma's pending defamation lawsuit.

Make no mistake about it: the CBA Appeals' Board overturned Goodell's ruling, Judge Berrigan castigated Goodell for his actions, and then Tagliabue vacated completely the punishments. That's a damning sequence of events for the commissioner, especially in light of the harshness of the penalties. This was a fuck-up of massive proportion.

Had Tagliabue found Goodell's investigation and punishments credible, he certainly would have upheld them. But he didn't. Never mind the spin and rhetoric coming from Greg Aiello and the NFL.

The proof is in the deed.

The fact that the NFL is now so desperately trying to shape these developments, a familiar act that's characterized their Bounty strategy along the way, is an indication that they're unwilling to let the actions speak for themselves.

In the end, it's obvious what happened.

The NFL took one alleged bounty from seasons ago, distorted it to represent a three-year pay-to-injure program, decimated the Saints with sanctions, held them high as a trophy of culture change, and then conducted a PR campaign under the auspices of benevolence and player safety.

The Saints and their fans were the collateral damage. Peripherally, Goodell slapped into line a franchise that dared defy him and exacted retribution on a coach (Payton) he was unable to keep under his terrorizing thumb.

It's a sad chapter for the NFL and, as always, we the fans are as big a loser as anyone in this stupid clusterfuck. What a god damned waste.

At the very least, the players and Saints' fans have been vindicated.