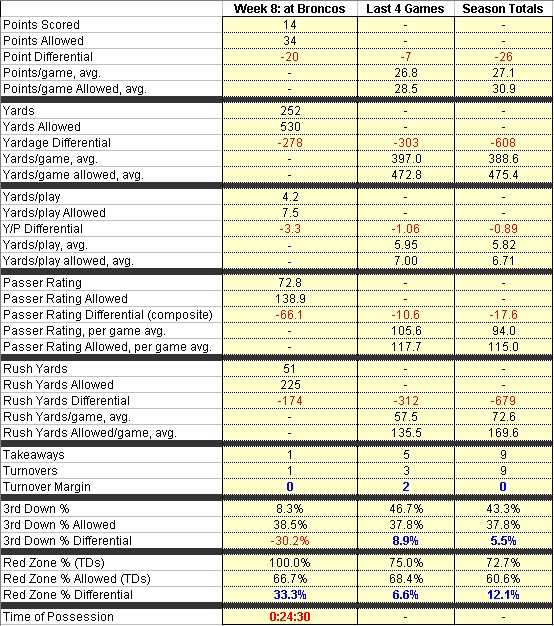 When we look back on the disappointment that is 2012 Saints' football, when we accept a reality that's birthed a suddenness of irreversible mediocrity, we'll look back on this game as a signpost in the post-BountyGate, Payton-less Saints.

This was a thrashing in primetime, a stage the Saints have largely dominated the past three years. Once facile at serving up momentous, definitive beatdowns while the football world watched in unison, the Saints found themselves squarely on the receiving, pummeled end last night.

It was all too likely.

This was a game in which each of the Saints' lingering, fetid sores were savagely exposed, left to fester and ooze, their unsightliness stark and recoiling: the inability to produce a semblance of resistance; a staggering virus of drops; the continued failure to run the ball; an incapacity for in-game adjustments; and an unwillingness to tackle all crystallized in a signature loss.

Worse, the futility of it all reinforced the dripping anguish that's soaked the Saints' franchise since San Francisco in late January. It's been a slippery slope of collapse, a precipitous fall from the heights of championship aspiration, and one can only hope this is the low point and recovery is at hand.

The bigger issue is that this team wouldn't be anything other than average even with Sean Payton in the fold. There's just no way to elevate beyond mediocrity--at best--when your team's defense is so bad that words can't properly articulate its spectacular dysfunction and historic marks for futility pale in comparison. 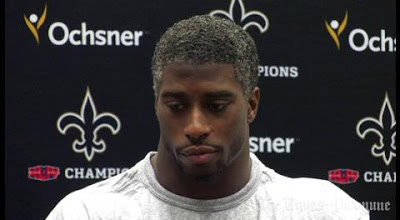 It's easy to convince oneself that 2012 is a lost season, to chalk up the misery to the collective forces of outside influence, to await a return to glory in 2013, but that would be to blind oneself to the fact that the Saints' roster needs help. It's no longer a plug-and-win scenario when Sean Payton returns.

This is an aged, talentless defense devoid of a functional scheme that's in dire need of a complete overhaul. That's abundantly clear at this point. Spagnuolo might continue to receive the benefit of the doubt for inheriting a bad defense in the middle of unprecedented turmoil, but that doesn't alter the fact that he's made the absolute worst of it. How else do you explain the historic futility? In fact, the defense seems to be getting progressively worse, if that's even possible.

Yes, it's just one loss. But it seems like more than that; it feels like the inevitable coalescing of numerous shortcomings, all distilled into an unfamiliar, damning portrait of reality.

When you combine the state of the defense with looming salary cap restrictions and an aging roster, there's no guarantee that Payton's return will be an all-encompassing panacea. And that's ok. We just shouldn't assume a restored order at this point. If the team is in the midst of graying promise, then that's an acceptable transition. The difficulty, for me at least, is in turning away from the denials and rationalizations, and embracing reality.

If I've learned one thing from this season, it's that objective expectations are hard to come by. 2013 and beyond are complicated by myriad factors and the return of Sean Payton won't magically solve each of them. As for me, I am going to hope but not expect.

There's probably still another Lombardi out there for the Brees' era Saints, but whereas a year ago it seemed like a given, it now feels a lot more remote.

For the remainder of 2012 at least, the victories will come in different forms. Remember, there's still plenty of fun to be had this year. We might as well get started having it.