By The Numbers: Examining the Saints Through 12 Games

The 2011 regular season is 75% finished. Just like that. It's gone by quickly and, like last year, the Saints are 9-3 and well-positioned to make the postseason.

Just as we did after 4 weeks and at midseason, let's take a look and see how the Saints rank in a variety of statistical categories. We'll look at most of the same benchmarks we've used before, and we'll also highlight a smattering of individual contributions and rankings.

Since the halfway point of the season, the Saints have improved in almost every offensive category. Even though they remain #1 in 3rd down conversion percentage, they've actually dropped from 56% to a slighty-less efficient 53.2% clip. Additionally, the Saints rank a respectable 10th in time of possession.

Lastly, the Saints have improved considerably in their red zone offense from early in the season: they've improved from 42% after four weeks to 55% at midseason to 56.4% after 12 games. This has vaulted the offense from 20th to 8th in the league.

The offense has made some important strides in the running game overall this season, and has improved in the major categories since midseason. Even though they're running it slightly less than they did earlier in the season, the Saints have vaulted into the top-10 in both yards/game and yards/attempt.

On the strength on two 200-yard rushing games this season (Colts, Giants), the Saints are peaking in an area that will balance and diversify the offense come playoff time.

Perhaps the most impressive facet of the rushing attack is that, percentage-wise, the Saints run almost as little as any team in the league (ranking 29th). In gross attempts, they're in the bottom third. Yet despite that, they're 8th in yards and 6th in rushing first downs per game. That, Who Dats, is pristine efficiency.

What else did you expect? With a full complement of healthy receivers, an emerging offensive line, and two of the league's deadliest playmakers in Graham and Sproles, the Saints' passing attack is a model of diversity, precision, and efficiency.

As Saints' fans let's be thankful for Sean Payton's offense, the paradigm of the modern passing attack.

One last note, the Saints have improved in protecting Brees. Sacks/game have dropped from 2.4 at midseason to 1.8 after 12 weeks. More importantly, the Saints' sack percentage (4.05%) ranks third in the league. Because Brees throws the ball more than any other QB, sack percentage is the most accurate gauge for this area.

Again, this simply measures the percentage of times Brees is sacked when drops back to pass; credit this benchmark to an improved offensive line and Brees' trademark quick release.

Well, the Saints' defense confuses me. Unfortunately, it rarely seems to do so against its opponents. Where to start? To me, points-per-game-allowed is the most important gauge and the Saints have been a mediocre defense by this measure. So let's not panic.

While gross-yards-allowed is a bit misleading, the yards-per-play-allowed stat is much more telling. And the Saints are bad in this area and have gotten progressively worse as the season has progressed. Not a good sign. Maybe we should panic. Their saving grace thus far? They've been pretty damn good on 3rd downs. Why? I have no idea.

Further, though the Saints have been consistently bad in red zone defense all season long, they've been among the league's best at preventing opponents from getting into their red zone. The Saints allow the 4th-fewest red zone attempts, yet are one of the league's worst defenses once inside the red zone.

Why? Again, no idea. The only silver lining is that the Saints have improved their red zone defense from an abominable 74% (TDs-allowed) to the slightly-less abhorrent 63% rate.

One last note of head-scratchable defensive data: the Saints have improved their first-half scoring defense from 29th to 13th over the past four weeks. Yet their second-half scoring defense has dropped from 7th to 15th. Maybe there's an issue of consistency at play. But if the defense frequently looks and feels ugly, it's not hopeless and there are signs of life.

Not exactly encouraging data here. The Saints' run defense has apparently improved considerably since midseason when it was surrendering 124 yards/game. They've also gotten a bit better in the yards/attempt category but, you know, you can't really polish a turd. I mean, you can but you get the point.

In the passing-yards-per-attempt category, the Saints have plummeted from 5th to 15th, owing to big games from Eli Manning and Matthew Stafford.

And in news that's completely unsurprising, the Saints have not been very good at sacking (or pressuring) their opponents' QBs.

If you're not yet bored to tears, let's take a look at some random player data and accompanying rankings. 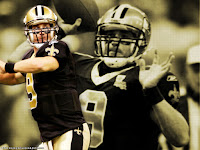 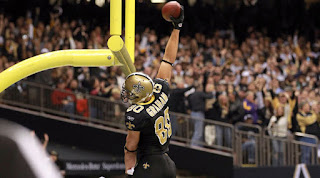 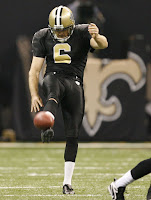 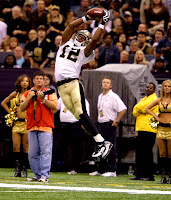