Because it's the Saints' bye week, let's take a break from Saints-specific content and glance at the NFC playoff picture. 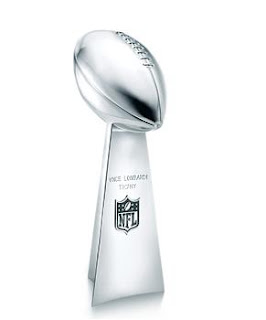 This will mostly be based on speculation and wild guesses, but let's take a stab at determining the six playoff teams from the NFC.

I looked at the remaining schedules for all the teams currently in contention, and here's what I came up with:

Their final record isn't really all that important, but I see virtually no chance that they're NOT the #1 seed in the NFC.


2) San Francisco, 12-4. The 49ers' remaining schedule isn't too daunting, but games at Baltimore and vs. Pittsburgh loom. Other than that, their five other games are all against their less-than-capable divisional opponents (ARI, SEA, STL).

I can't see San Francisco losing more than three games the rest of the season so, very surprisingly, let's give the 49ers the #2 seed in the NFC.


3) New Orleans, 11-5. Though it's still possible for the Saints to gain the #2 seed in the NFC, it doesn't seem likely with regards to the remaining schedules of the Saints and the 49ers.

Even in the event of an identical record with the Saints at season's end, San Francisco would almost certainly hold the tiebreaker, which is conference record. The Saints' path to a #2 seed would be to win out, while having San Francisco lose three of their remaining seven games.

Because this doesn't seem likely, let's pencil in the Saints for the #3 seed and a home playoff game in the wild card round.


4) Dallas, 10-6. The outcome of the NFC East is going to shape the landscape of the NFC playoff field. I see Dallas winning 10 games after a slow start this year. They have a legitimate shot at getting to 11-5 with the ease of their remaining schedule.

If both the Cowboys and the Giants finish at 10-6 (as I'll guess they do), and assuming they split their games vs. each other, Dallas should be in better position to win the division tiebreaker, which in order is: divisional record; win percentage vs. common opponents; win percentage in the conference. The way I see it, this could very likely come all the way down to conference win percentage in which Dallas would likely have the edge.


5) Chicago, 11-5. Regardless of how good the Bears are playing right now, they're a wild card team at best since Green Bay is virtually a lock to win the NFC North. Though they're tied with Detroit at 6-3 at the moment in the NFC North, I think the Lions will fade out of contention with a difficult remaining schedule.

On the other hand, I see Chicago finishing the season strong and being a very difficult wild-card matchup for whomever they indeed draw.


6) New York Giants, 10-6. Considering the strength of the Giants' remaining schedule, winning 10 games would be a good result. It's eminently possible that the Giants go 3-4 (or worse) the rest of the season and miss the playoffs outright.

However, I think they'll fight their way to a 4-3 record and sneak into the playoffs over Atlanta via tiebreaker.

I see Atlanta going 5-2 over their last seven games, giving them a 10-6 regular season record. With the weakness of their schedule, the Falcons could certainly get to 11-5 but with the inconsistent way they've played so far this year, 10-6 seems more likely.

This could well come down to the strength of victory tiebreaker, which should give the Giants an edge due to their victory against the Patriots (among others). Though it's difficult to predict, I'm giving the Giants the #6 seed.

(And if Atlanta instead secures the #6 seed? They would be heading back to New Orleans for a playoff game under this scenario.)

Let's speculate a bit further. The Saints' hopes for an NFC crown might play out like this:


Obviously these are mostly wild guesses as to what will happen; the Saints aren't remotely guaranteed a playoff spot at this point; and it's possible that the NFC playoff field will look completely different come season's end.

For the Saints' however, the most likely path to the NFC championship game is to lock up the #3 seed, win a home playoff game, and then win in San Francisco.